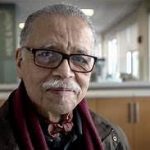 Portsmouth, NH:  The Black Heritage Trail of New Hampshire is proud to announce that the recipient of the 2019 Citizen of the Year Award is Melvin B. Miller.  Miller, chief editor and publisher of the Bay State Banner, will be honored at the 2019 Black New England Conference (BNEC) for his work and reports on local politics and national issues relating to social and economic justice affecting African Americans.

The Black Heritage Trail of New Hampshire (BHTNH) will host the 13th Annual Black New England Conference (BNEC), a two-day event on October 25 and 26, 2019, at Southern New Hampshire University (SNHU) in Manchester.  The theme of this year’s conference is BLACK INK: African American News from Slave Songs to Social Media

Melvin B. Miller is a Bostonian who refers to himself as a Roxbury man; he is proud of his community and wants to make a solid historical record that successive generations will be able to rely upon.  Miller is a graduate of Boston Latin School, Harvard University, and Columbia Law School, and has had an Honorary Doctor of Humane Letters conferred on him by Suffolk University and Emerson College.

Inspired by the passing of the Civil Rights Act of 1964, Miller opened the Bay State Banner the following year as publisher and editor, providing a forum for black voices and to expose what he viewed as Boston’s unique form of racism.

The Banner’s first issue, in September 1965, ran with a headline reading “What’s Wrong with Our Schools?”.  It would go on to challenge the rationales for Boston maintaining racially segregated schools.

The Bay State Banner is part of a tradition that William Munroe Trotter started with The Guardian in 1901, a Black press that reports on local politics and national issues relating to social and economic justice affecting African Americans.

Miller’s newspaper has reported and supported local community efforts in Roxbury and its surrounding neighborhoods, including taking strong stances on them, along with robustly documenting the arts and cultural celebrations in Boston’s diverse communities of color.

Over the years, the Banner has aggressively covered the anti-apartheid movement, stories about the economic and social and political development of Africa, and the Pan-African vision of communities of color in America.

Melvin B. Miller is still making a solid historical record as chief editor and publisher of the Bay State Banner, and as the recipient of this year’s Citizen of the Year Award.

The Black Heritage Trail of New Hampshire’s Citizen of the Year Award was established to recognize an individual who through volunteer service has been dedicated to strengthening the community and whose outstanding contribution inspires others to make a difference.

The BNTNH Citizen of the Year Award is given to an outstanding member of the community whose volunteer work has made a significant difference in the lives of the people being served. Through an ethic of direct service, the person receiving this award also is an inspiration to others to become involved. As with any contribution to the cultural tradition of community service, the influence of this individual’s work extends far beyond our state boundaries and is immeasurable.

The Winner of the BHTNH Citizen of the Year Award is selected by BHTNH committee members and is present at the annual Black New England Conference.

About the Black Heritage Trail of NH

Guided tours and public programs, along with educational materials and teacher workshops, will continue to be developed by the Black Heritage Trail to promote awareness of African American culture and to honor all the people of African descent whose names may not have been included in previous town histories.  The Black Heritage Trail of New Hampshire provides a variety of learning experiences for adults and children. Offerings include school programs, guided tours, traveling programs, lectures, and workshops.

The Black Heritage Trail of New Hampshire is an independent, nonprofit organization. The organization is a registered 501c 3 nonprofit; Taxpayer Identification Number 81-3921917.